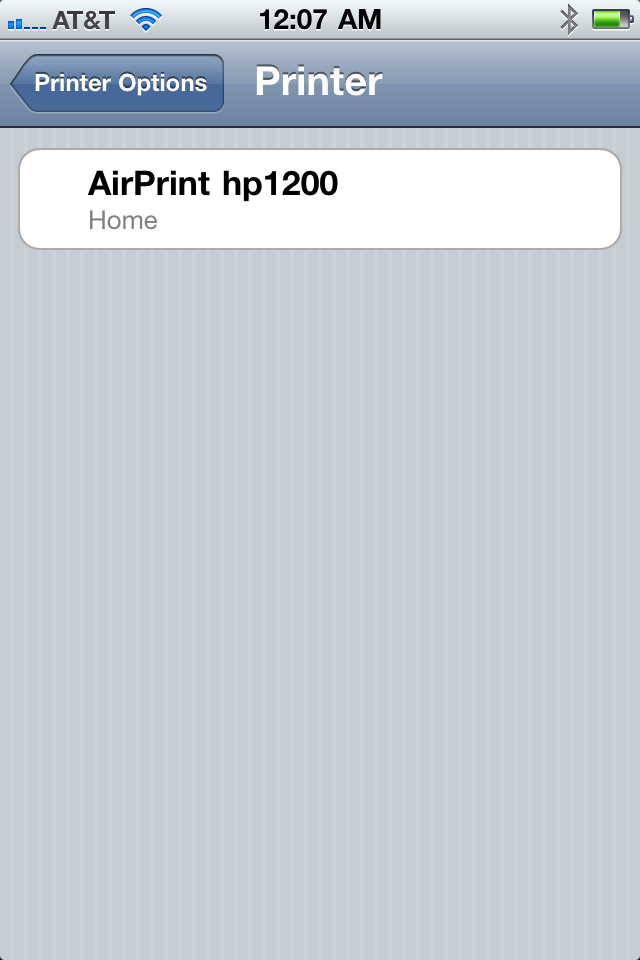 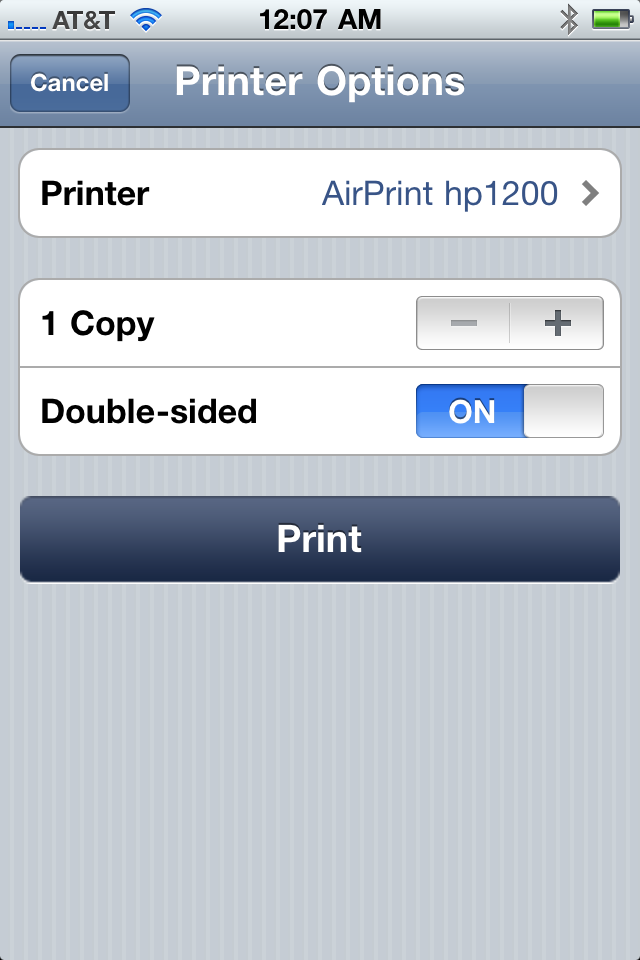 I’ve been trying the iPhone OS[1] 4.2 GM, and decided to play with the AirPrint functionality. However, Apple has removed the ability to print to locally attached PC/Mac printers with the final versions of iTunes 10.1 and OS X 10.6.5. Using a beta version of iTunes 10.1 for Windows, Wireshark, avahi-discover and a few other tools, I managed to get an understanding of how AirPrint works. What I’ve found is:

The original announcement as sent by iTunes 10.1 Beta 2 for Windows looked mostly like a normal IPP announcement, except for the _universal subtype (which standard CUPS does not seem to send), and the following TXT records:

(The last record is a literal string “username,password”, not an obfuscated user/pass.)

I haven’t been able to find much info about what “URF” is. I’m guessing a raster format of some kind. The CUPS implementation in the iTunes beta is accepting it though. What I found is that the image/urf type is not required to be in the pdl record. Currently, all AirPrint enabled apps seem to be fine with sending PDFs, so as long as your CUPS daemon has a PDF filter, you’re good. What IS required is the URF record. It has to exist, and cannot be empty, or the printer does not show up in the AirPrint list. The “air” record seems to exist to provide a hint to AirPrint that the target requires a login. If your printer target is not protected by a login, this record can be omitted.

So, with this known, how do we set up a Linux (or presumably *BSD) server as an AirPrint server? We’re going to have to manually set up an Avahi service. CUPS can publish to Avahi, but as this requires an extra record and subtype that CUPS does not provide, we’ll have to duplicate the printer record manually.

Note that most of this is Debian-centric. If you are not running Debian, you’ll probably have to adjust things here and there.

The only differences are 1) I named the service “AirPrint hp1200” to not interfere with the “hp1200” service that CUPS publishes, and 2) the added “URF=none” record. And be sure to double check that “application/pdf” is included in the pdl record. If it’s not there, don’t simply try to add it, that won’t work. You’ll need to figure out why your CUPS installation doesn’t have a PDF filter.

[1] I’ve been working with Cisco IOS for over 10 years now, and flat out refuse to call this “iOS”. Live with it.